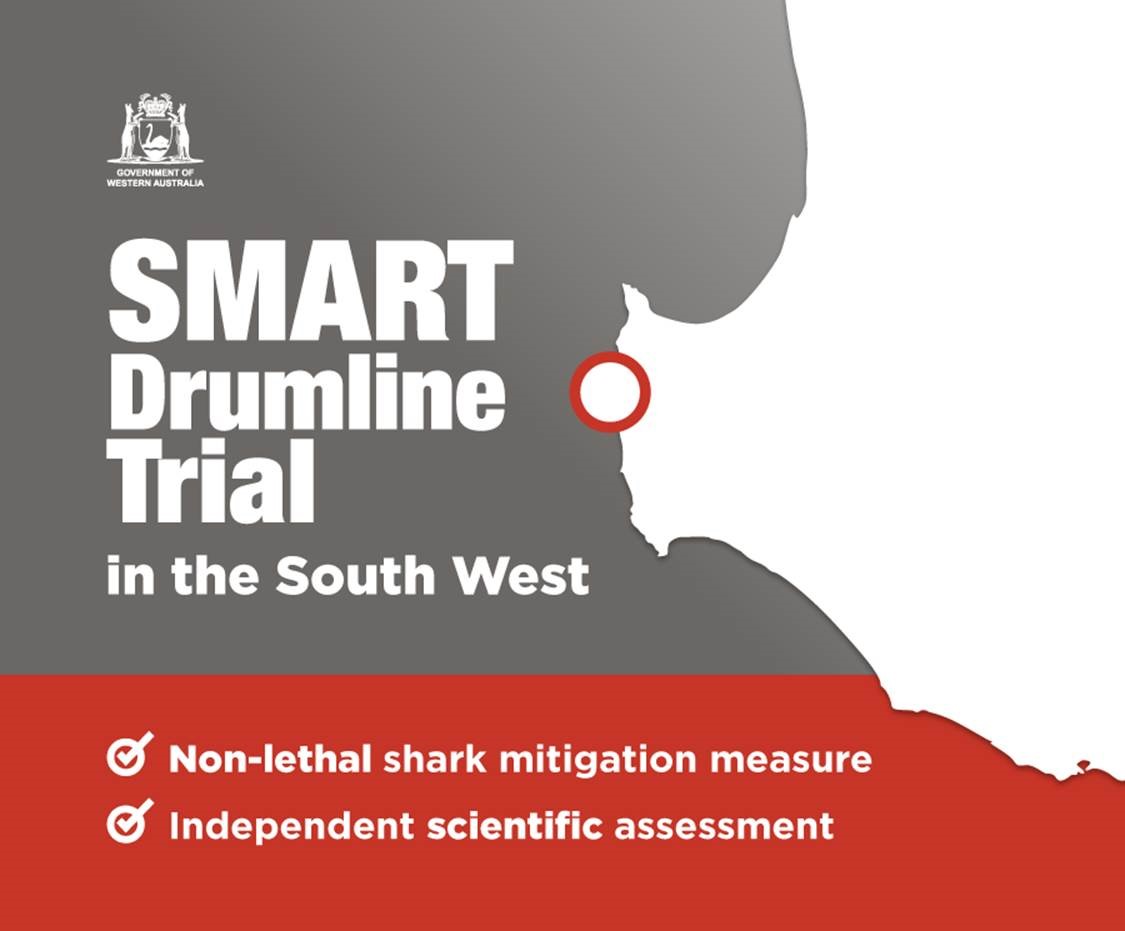 The Western Australian Government conducted a two-year scientific trial of non-lethal SMART drumlines to assess the effectiveness of SMART drumlines in reducing the risk of shark attacks. The intent of the trial was not to kill sharks, but to catch, tag, relocate and release white sharks one kilometre from shore.

Through the Department of Primary Industries and Regional Development (DPIRD), the scientific trial was conducted between 21 February 2019 and 20 February 2021. Fishing operations continued until the 20 May 2021, while the scientific assessment took place.

An independent review by WA’s Chief Scientist, Professor Peter Klinken AC, has concluded SMART drumline technology was not effective as a shark mitigation measure in Western Australian conditions and provides no demonstrable value in reducing the potential risk posed by white sharks off the South West coast.

Professor Klinken determined the trial itself was extremely well designed and implemented in a highly skilful manner.

On the recommendation of the Chief Scientist, the trial concluded and additional investment will be made into the highly effective approach of tagging white sharks through the Department of Primary Industries and Regional Development’s white shark tagging program.

As part of the consultation process for the SMART drumline trial, the community was able to provide advice on potential locations for three additional shark monitoring receivers which were deployed, two outside Cowaramup Bay and one at Lefthanders surfing spot. These receivers provide ocean users and land managers with near real-time alerts through the Shark Monitoring Network when tagged sharks are detected.

At the commencement of the trial nine Shark Warning Systems were installed adjacent to surf breaks in the trial area.

Following the completion of the trial, five of the Shark Warning Systems located at the following surfing spots; Gallows, Guillotine, Cobblestones, The Womb, and Ellensbrook, were removed.

The Shark Warning Systems located at North Point, South Point, Lefthanders Surfing Spot and Lefthanders Surfing Spot Carpark are associated with a nearby Shark Monitoring Receiver and will remain in place. In the event of a tagged shark detection at a nearby receiver or following a reported shark sighting the closest Shark Warning Systems will be activated.

Locations of the Shark Warning Systems can be viewed on the shark activity map. 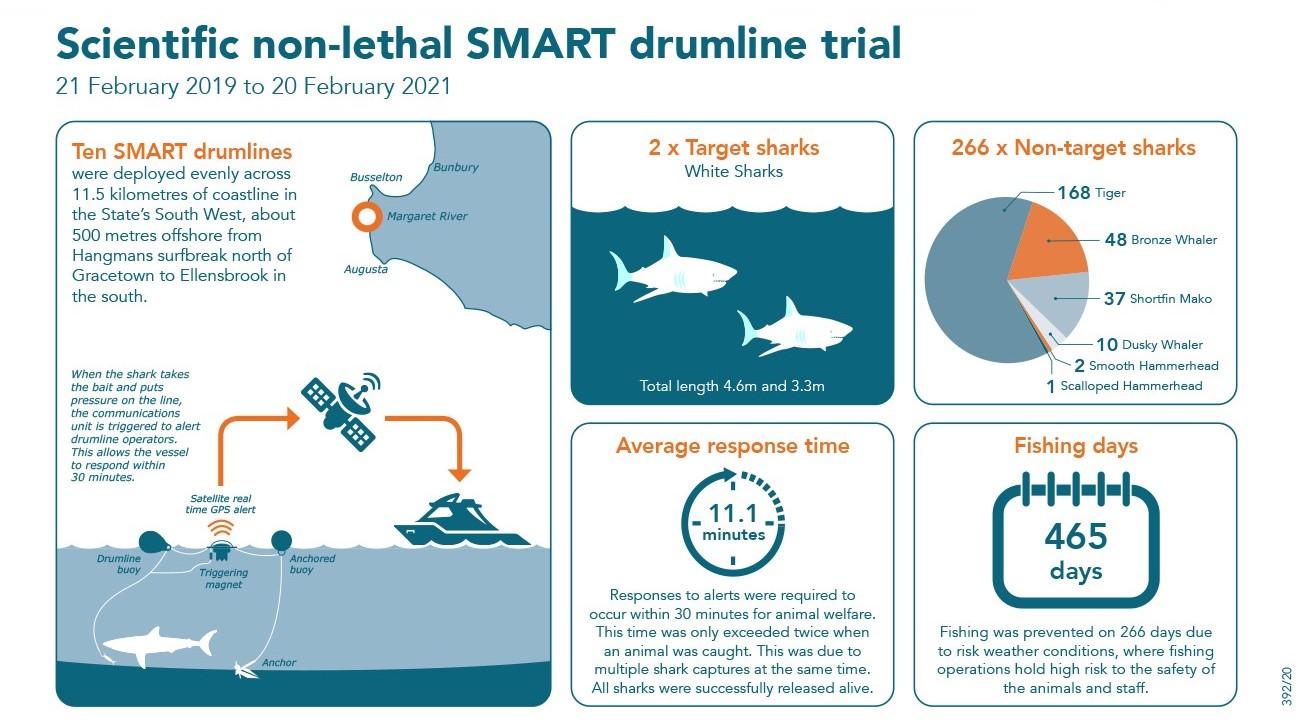