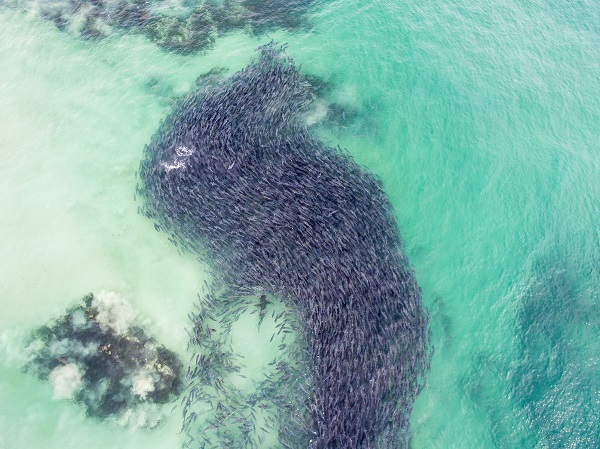 With the annual autumn chase of Western Australian salmon along the south and west coasts and the Easter school holidays coinciding, the State Government is urging ocean-going families to make safety a priority.

During their westward migration along our coasts, thousands of adult WA salmon aggregate to spawn during the autumn months before the Leeuwin Current then disperses their eggs and larvae to protected coastal nurseries.

Salmon form large schools along surf beaches and inshore reef systems, making them ideal targets for holidaying families who want to wet a line and catch one of these prized sports fish.

Although large schools of salmon are great for fishers, the salmon run attracts sharks close to shore. Swimmers, divers and other ocean users are advised to stay away from large salmon schools and other fish, seals or other wildlife acting erratically; and to fish, swim, dive or surf with a friend if possible.

While shark encounters in WA are rare, every Western Australian is urged to switch on their Sea Sense whenever they head into the water to help reduce their risk of a shark encounter.

Common sense tips to reduce the risk of a shark encounter include:

For further information on how to stay safe in the water, visit https://www.sharksmart.com.au

"Western Australia is home to a pristine coastline, and I am sure many families will be counting down the days until they can head out fishing over the Easter break.

"I urge everyone planning to fish during the annual salmon run, head out spearfishing or make a splash at the beach over Easter to switch on their Sea Sense and download the free SharkSmart WA app before heading out into the ocean.

"It is important that all Western Australians check for shark activity before heading into the water and follow common sense shark safety tips to reduce the risk of a shark encounter."