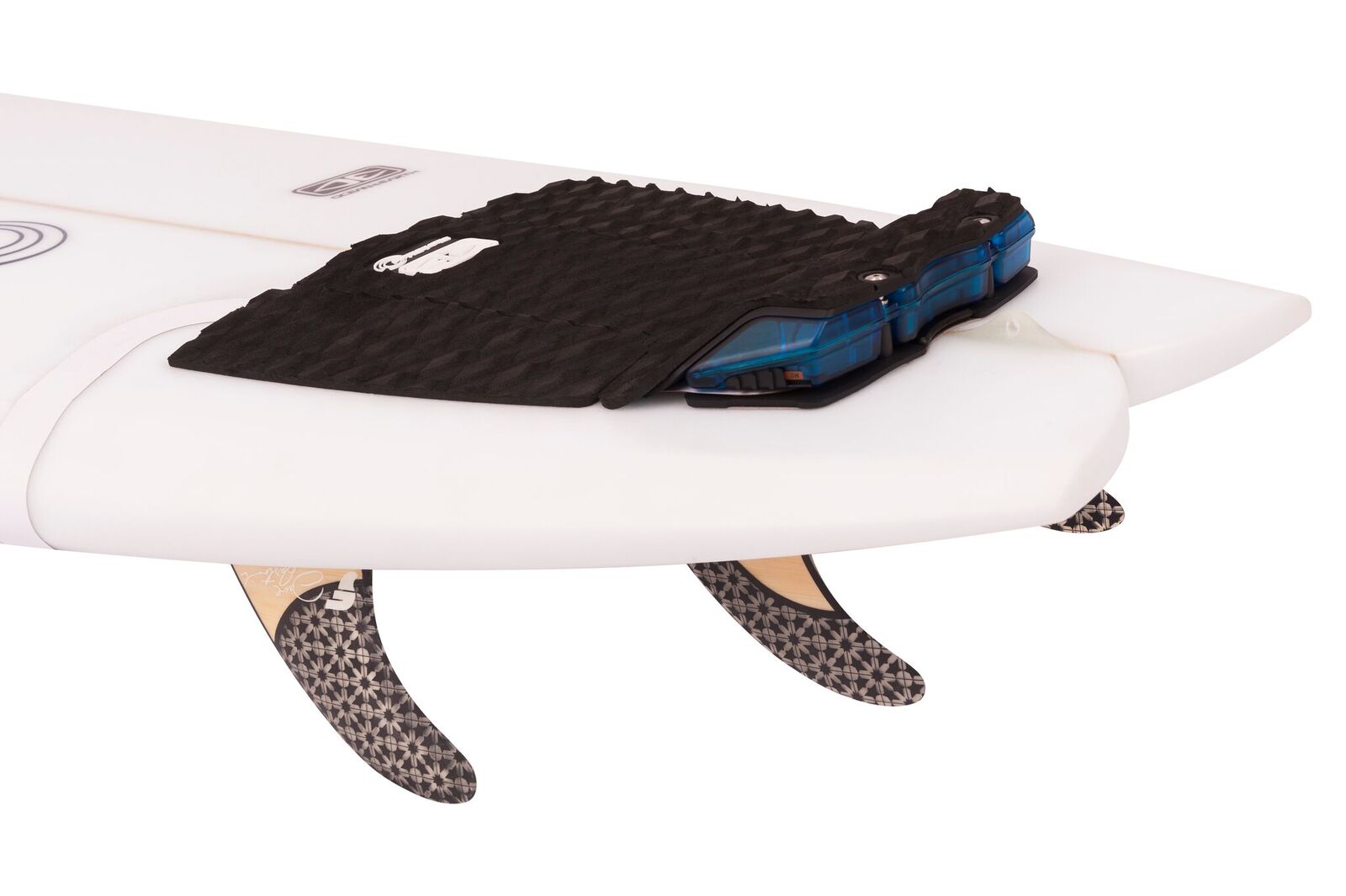 With surfers carving up the big winter swells rolling in along our coast, Fisheries Minister Dave Kelly today launched a new campaign to encourage more surfers to switch on their Sea Sense and purchase a scientifically proven personal shark deterrent.

The McGowan Government’s world-first subsidy program began in May 2017 with the scientifically proven dive device, the Ocean Guardian Freedom7™. The surf device, Ocean Guardian FREEDOM+ Surf™, was added to the scheme in May 2018 after scientific testing confirmed its effectiveness.

More than 3,700 Western Australian surfers and divers have purchased a personal shark deterrent through the world-first subsidy scheme, with 569 of those claimed by surfers.

Regional water users have scooped up about a third of all rebates claimed for both devices, with the majority living in the South West. The top three locations for rebate claims for both devices are all locations south of the metropolitan area – Mandurah, Bunbury and Albany.

The top 10 locations for surf rebates claimed are Mandurah, Albany, Busselton, Dunsborough, Karrinyup. Scarborough, North Beach, Floreat, Hillarys and Ocean Beach. Figures show almost 50 per cent of surf devices have been claimed by surfers aged between 24 and 44 years of age.

The device was tested and proven by Flinders University in extreme circumstances - chummed and baited waters in a known shark aggregation area. The science showed its electrical field has an effective six metre radius and reduced the risk of a shark interaction with a great white shark by at least 60 per cent. In less extreme surfing conditions, the device is likely to produce an even higher level of deterrence.

“Our beach culture is the best in the world, and we want to continue to see people enjoy the ocean with confidence.

“While the risk of a shark attack in WA is low, history shows us that when an encounter does occur it predominately involves a surfer or diver.

“That’s why offering personal protection to those most at risk makes good Sea Sense.

“It’s pleasing to see about 570 Western Australian surfers take their safety seriously and that around one third of the rebates for both devices have been claimed by the State’s regional water users.

“We want to continue to see more people, particularly surfers, use their Sea Sense by purchasing one of these scientifically proven devices.

“Using a shark deterrent makes good Sea Sense for your personal safety, as is  checking the SharkSmart website before you head to the beach.”