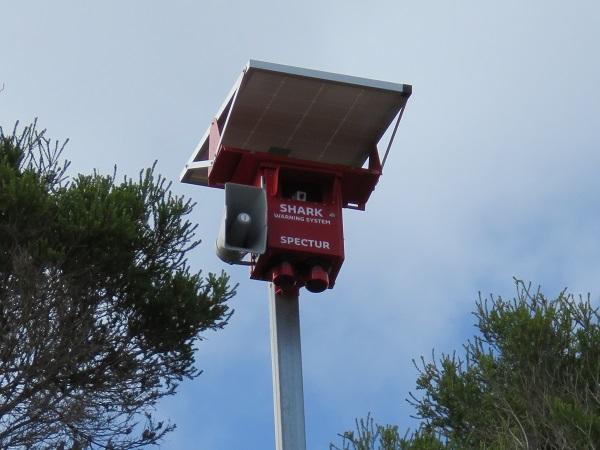 Western Australian-built shark alarm technology has been purchased by the McGowan Government to help keep beachgoers informed of shark activity during the SMART drumline trial in the Gracetown area.

Nine shark alarms will be installed adjacent to main surf breaks in the SMART drumline trial area, to alert beachgoers when the beach is to be closed due to a shark in the area. The alarms use lights, sirens and audio broadcasts to inform beachgoers about beach closures.

"The McGowan Government's scientific SMART drumline trial will assess whether the non-lethal technology reduces the risk of shark attacks.

"As the technology is not yet proven as a shark hazard mitigation tool, we want to keep beachgoers safe and immediately alert them to shark activity in the area.

"This shark alarm technology has been developed by a WA company, and I'm pleased we are able to incorporate this local innovation as part of our trial.

"The new solar-powered alarms can be triggered remotely, making the local alert process faster and informing those already in the water.

"The SMART drumline technology is satellite-linked and when the non-lethal drumlines are activated, a message is sent to activate the relevant Spectur alarm.

"These new alarms will also alert beachgoers to any shark sightings and tagged shark detections from the three local Shark Monitoring Network receivers in the SMART drumline area.

"Throughout the SMART drumline trial we encourage water users to use their Sea Sense - if surfing or diving, consider using a scientifically proven personal shark deterrent."