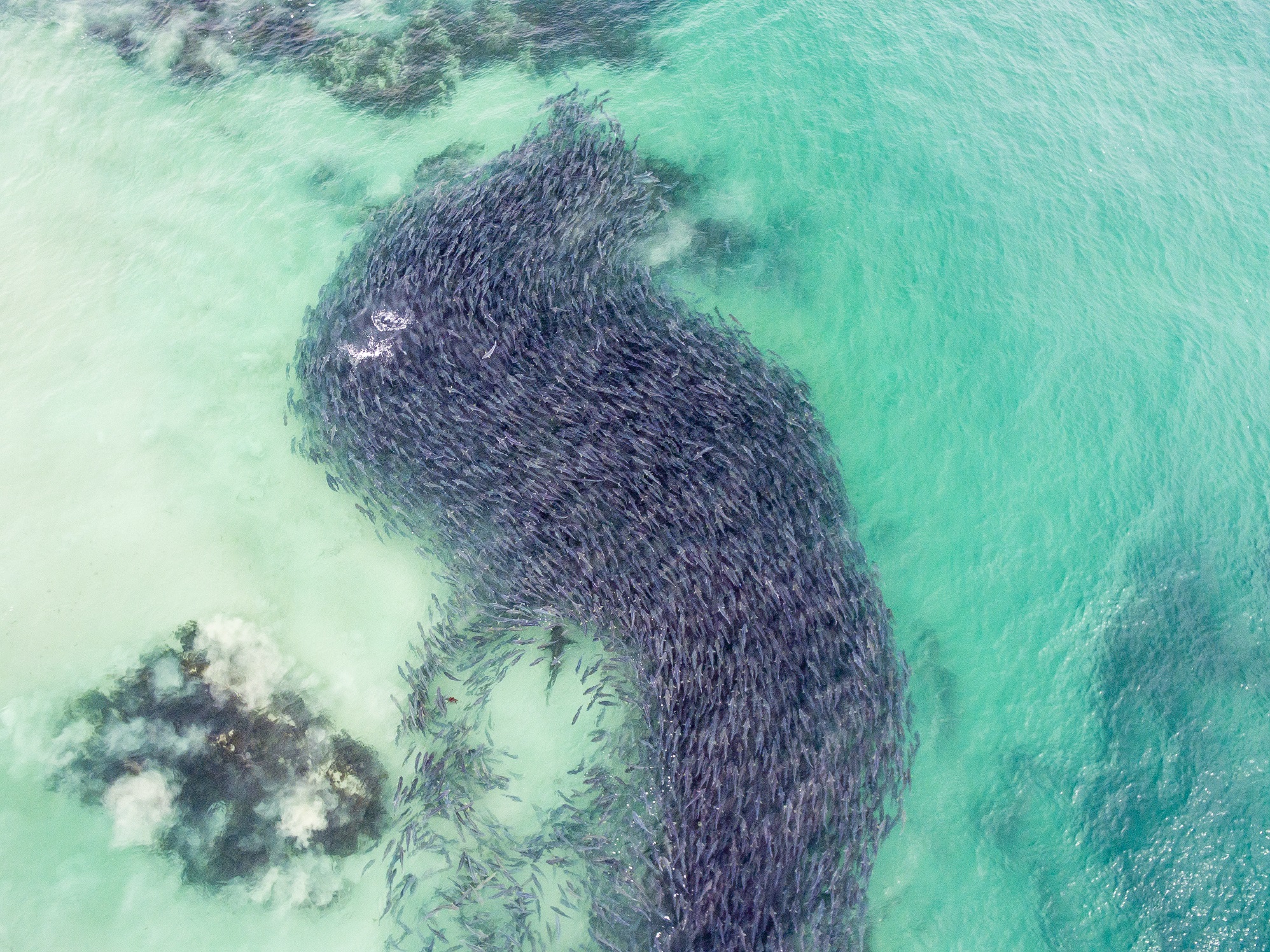 The start of the popular salmon run along the State's west and south coasts this month is hotly anticipated by Western Australian fishers but carries with it an increased risk of shark encounter, with ocean users reminded to put safety first.

Schools of Australian salmon can already be found off the WA coast, migrating westward from early March to late April. The large aggregations of salmon are part of their lifecycle, as they spawn during autumn and the Leeuwin Current then helps disperse their eggs and larvae to coastal nurseries.

As the salmon herd and feed on baitfish close to shore, the schools of fish can attract large marine predators, including a range of shark species. Swimmers and surfers are reminded to keep clear of large schools of fish and follow the Sea Sense safety advice on SharkSmart.

The safety advice to fishers is to keep the sand between their toes and fish from beaches to avoid the dangers of rock fishing. If people are fishing along the south coast, particularly in areas they are not familiar with, they are strongly encouraged to fish from one of our many pristine beaches.

Recreational fishers are also urged to bleed their catch well away from the water's edge and discard fish waste responsibly, away from swimmers and other water users. Spear fishers should remove all speared fish from the water quickly and should not carry dead or bleeding fish attached to their person.

The annual salmon run is very popular with recreational fishers and a recent study funded through the Recreational Fishing Initiatives Fund found it contributed approximately $331 million to the State's economy each year.

"As fishers 'wander out yonder' to the south coast or South-West beaches including over the Labour Day long weekend, their spending helps underpin regional businesses, buying goods and services such as fuel, bait, fishing gear, food, drinks, accommodation, camping gear and clothing.

"While this is a great time of year to go fishing, it is really important to be aware of the increased risks salmon schools can create in the water and of the dangers of rock fishing.

"Before heading to the beach, please download the SharkSmart app which you can use to check for shark activity and access a quick call link for reporting shark sightings to Water Police."