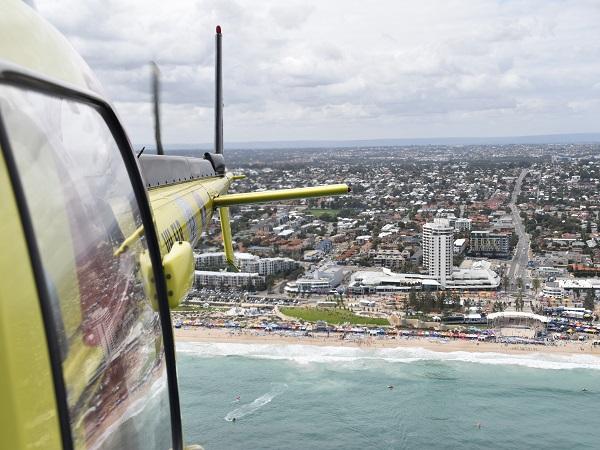 The McGowan Government will once again have the State-funded patrols for the metropolitan area and South-West region start three weeks earlier than in the past.

From tomorrow (September 1), metropolitan services will first run between Port Bouvard to the south, Yanchep to the north, and Rottnest Island to the west on weekends; and will then move to daily patrols from October 1, 2018 to April 30, 2019.

The South-West service will run between Bunbury and Margaret River on weekends from September 1, with services increasing to daily patrols from November 19, 2018 to February 3, 2019 before reverting back to weekend patrols. The September and April school holidays will also include daily services.

Since March 2017, the McGowan Government has provided almost $12 million to partner with SLSWA to improve beach safety.

“With spring and the warmer weather starting to set in, we expect to see Western Australians once again embrace our beautiful beaches for some fun in the sun.

“Our Surf Life Saving volunteers do an incredible job and have become such a prominent feature on our beaches.

“The State Government-funded helicopters are also such an important surveillance tool to help keep our community safe, whether it be from a rip or sharks.

“The patrols are just one component of the Government’s comprehensive shark mitigation strategy which is helping keep Western Australians safe.”

“We are so lucky here in WA, we have some of the most amazing beaches in the world that we can all be proud of.

“The risk of encountering a shark is very low, with a comprehensive shark mitigation strategy in place to help keep Western Australians safe.

“We will soon commence formal community consultation on the Gracetown SMART drumline trial which will include seeking feedback on the location of the SMART drumlines.

“On top of this, we have decided we will extend the Shark Monitoring Network in the South-West and will also be seeking the community’s views about the location of these receivers during formal consultation.”