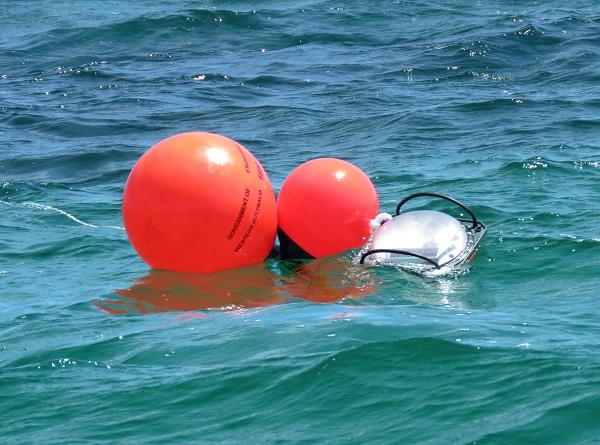 SMART drumline trial to be extended by 12 months

The McGowan Government is extending Western Australia's SMART Drumline Trial by 12 months to collect more data on the sharks being caught, tagged and monitored to enable a fully science-based assessment on the effectiveness of the technology.

At the independent recommendation of WA's Chief Scientist Peter Klinken, and through the Department of Primary Industries and Regional Development (DPIRD), the scientific trial to catch, tag and relocate white sharks will now extend until May 2021.

Extra funding of $2.832 million made available to extend drumline operations, adds to the estimated $3.543m cost of the first 15 months of the trial.

The trial off the coast near Gracetown - to assess the effectiveness of drumline technology in reducing the risk of shark attacks - includes 240 data recording VR2 receivers on the sea bed that track the movement of sharks tagged in the trial.

During the first 12 months, the SMART drumlines caught two target species - white sharks - and 146 non-target sharks, including tiger sharks and bronze whalers. As of April 20, a further 27 non-target species sharks were also caught.

Professor Klinken, as WA's Chief Scientist, in consultation with the Ministerial Reference Group, will continue to review data from the first 15-months of the trial to see if the trial's methodology can be improved.

The daily SMART Drumline Trial operations can be followed on http://www.sharksmart.com.au or the SharkSmart WA app - highly useful tools implemented as part of the McGowan Government's scientific approach to reduce shark hazards.

"The SMART Drumline Trial is a non-lethal approach to assessing the risk of shark encounters off the South-West coast. A network of Shark Warning Systems is operating in the trial zone to help alert local beachgoers to trial activities.

"WA has one of the most comprehensive shark mitigation strategies in the country, ensuring we have the information we need to enjoy the water safely.

"Increasing the number of tagged sharks will improve our scientific understanding of their movements and help assess potential risks posed by white sharks.

"White sharks have been linked to all the fatal and serious shark attacks in WA during the past 20 years.

"We will continue to provide genetic samples of white sharks collected during the trial to CSIRO to evaluate the size of the southern-western population.

"Genetic analyses also provide significant insights into the biology of the species.

"The additional 12 months of running this trial will give us a new point of comparison across seasons and years to the data already gathered."

"It's important for meaningful and reliable assessment that more data is available on both the target and non-target species in the trial.

"The extended trial will collect additional data on sharks that will help determine the efficacy of the SMART drumline approach for hazard mitigation.

"Any additional data that can be collected will contribute to increasing understanding of all species caught.

"Satellite tagging of species such as tiger sharks will allow a better understanding of their movement and survival rates, which is of interest locally and internationally.

"Tagging more white sharks with acoustic and satellite tags to assess small-scale and large-scale movements will add to the scientific understanding of this species in south western Australia and beyond.

"The more data we have the more valuable and rigorous our evaluation can be about the effectiveness of the technology in reducing the risk of attacks by white sharks."