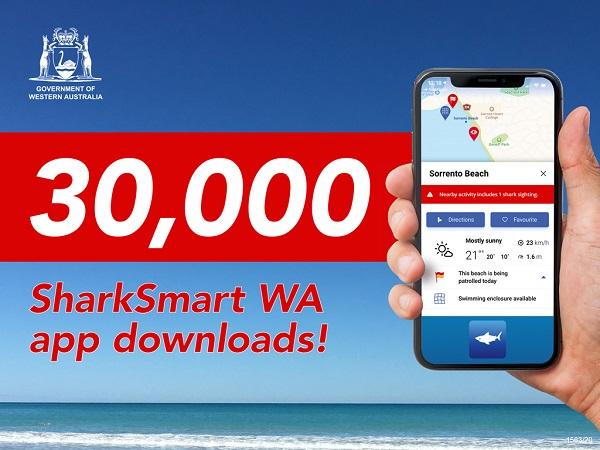 Launched in October 2019, the app is part of the McGowan Government's comprehensive shark mitigation strategy.

It works seamlessly alongside the SharkSmart website to deliver near real-time information on shark activity, including alerts and warnings, to beach goers in Western Australia.

The most used feature on the app continues to be 'updates' which sorts the shark activity information according to a user's favourite or other locations.

The most viewed beach safety feature is the location of shark monitoring receivers, followed by patrolled beach locations.

"It is great to see so many Western Australians thinking about their beach safety and downloading the free SharkSmart WA app.

"The app is an important communications tool for public safety and a key part of the McGowan Government's shark mitigation strategy.

"The app has been well supported by not only the local community but also by land managers and key stakeholders including Surfing WA and Surf Life Saving WA.

"In the lead up to summer, I encourage Western Australians to download the app so they're up-to-date on shark activity and beach safety information before heading for a swim."