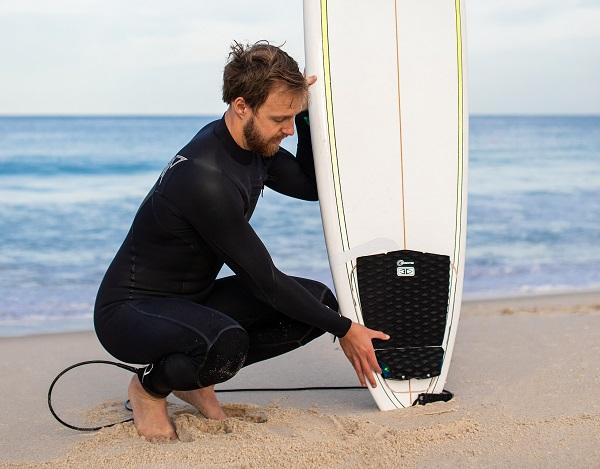 A new scientifically proven device for surfers has been included in the McGowan Government's world-first personal shark deterrent subsidy scheme.

The McGowan Government's $200 Shark Deterrent Rebate will be extended to eligible purchases of the Rpela v2 surf device manufactured here in Western Australia.

The scheme offers rebates of $200 for the purchase of an approved, scientifically proven personal shark deterrent device from a registered retailed.

The Rpela device works by generating an electromagnetic field around the surfboard to deter sharks.

The device was independently tested by Cardno Australia at Salisbury Island, WA.

The study showed that when Rpela v2 was active under baited testing conditions, it significantly reduced the probability of a shark bite from approximately 75 per cent down to 25 per cent.

The Department of Primary Industries and Regional Development researchers reviewed the study results and recommended the device be included in the rebate scheme.

Rpela v2 devices are now available to purchase directly from the manufacturer, with the rebate being applied at the time of sale from today.

This is yet another addition to the McGowan Government's world-leading and evidence-based shark hazard mitigation program, and to the protection of those most at risk, surfers and divers.

More than 7,000 rebates have already been claimed since the world-first personal shark deterrent subsidy scheme was introduced in 2017, and the rebate forms an important part of the McGowan Government's comprehensive shark mitigation strategy.

This is in addition to the $11.9 million allocated in the State Budget to continue beach and aerial patrols, communications systems and the jetski response team.

More information the personal shark deterrent subsidy is available on the SharkSmart website at sharksmart.com.au

"The $200 shark deterrent rebate scheme has been well supported over the past four years, and it is exciting to see a new product manufactured right here in WA added to the list of approved devices.

"I strongly encourage divers and surfers to take advantage of the rebates and purchase a potentially life-saving device - with even greater choices now available with the addition of the Rpela v2 surf device product to the scheme.

"I also encourage anyone heading to the beach over the April school holidays to download the SharkSmart WA app so they can keep up-to-date with the latest beach safety information and warnings.