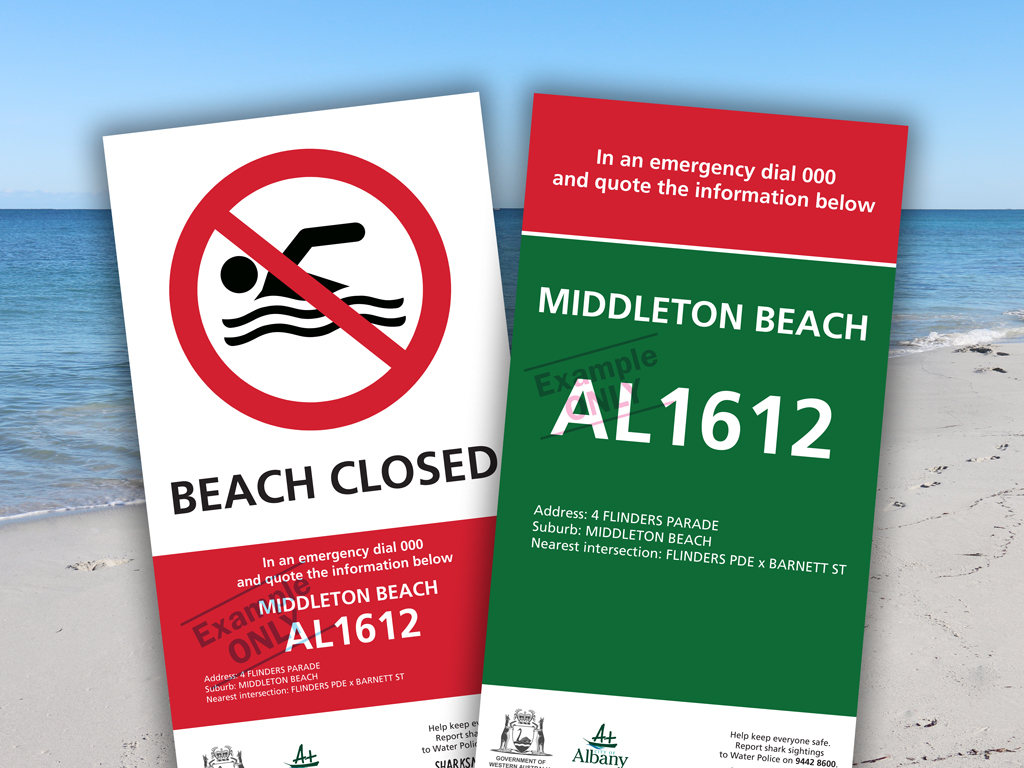 Regional councils from Geraldton to the South Australian border can now apply for Beach Emergency Numbers (BEN) signage to give beachgoers vital location information for people to provide to emergency services when responding to serious incidents.

The BEN signs are part of the McGowan Government's election commitment to strengthen emergency measures, following the fatal shark bite incident at Falcon in 2016 that claimed the life of Ben Gerring.

The locations of the uniquely coded signs will be recorded with emergency services and also include the street address and nearest cross street.

The WA Government will provide funding of up to $50,000 for regional councils to install the BEN signage system.

The responsibility for erecting beach signage rests with the relevant local government authority or land manager. For State Government land in coastal areas and marine parks, planning for the installation of the signs is also progressing with the support of the relevant agencies involved.

"In serious incidents every second counts to save the person's life.

"By installing these signs, the councils are helping emergency services locate the site of an incident faster which could ultimately save a life.

"Under the BEN signage system, clear location data for each sign will be collected so that during an incident, a caller can simply quote the beach sign number to an emergency operator for urgent assistance.

"This new system complements the McGowan Government's multi-faceted approach to shark hazard mitigation that includes funding for Surf Life Saving WA patrols, a world-first shark deterrent subsidy, the extension of the Shark Monitoring Network to Esperance and funding for a beach enclosure in Falcon."

"The BEN system will ensure that emergency services can easily locate a beachside incident and I am pleased to see that they are being made available this summer.

"The City of Mandurah has already installed 80 of these numbers and I urge other councils to apply without delay."

"In any medical emergency seconds count, for a member of the public to tell emergency services the exact location will only improve response times and the patients' chances of recovery.

"Our coastline is vast and sometimes there can be numerous access points, the BEN signage will direct services to that exact location. Councils can only benefit their community by accessing the grant and installing the signage.

"For Ben's legacy to be saving lives is a proud and humble moment."

"This is a great initiative and we thank the State Government for taking up a Local Government-led initiative, and supporting that with funding.

"This collaboration between State Government and Local Government will improve safety in the community.

"We congratulate the City of Mandurah for kick-starting this important system."