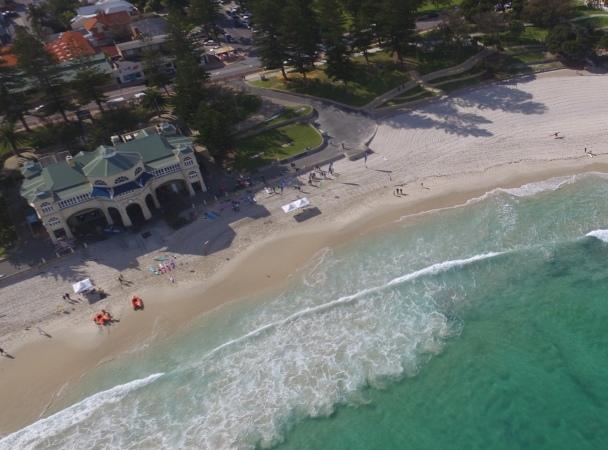 Drone technology is to be trialled in the latest initiative of the Liberal National Government's $33 million investment in the Western Australian Shark Hazard Mitigation strategy.

"Drone technology has advanced significantly in recent years and it makes sense to test if it can be used effectively to make our beaches safer," Mr Francis said.

Under the trial, a small drone equipped with a high definition camera will stream live pictures back to SLSWA operators.

The Minister said as well as keeping a lookout for sharks, drones could potentially be used to spot other dangers such as rips and schools of bait fish, which could attract sharks.

"The trial will assess whether this 'eye in the sky' technology can add value to the beach surveillance currently provided by helicopter and beach patrols," he said.

"SLSWA will trial the technology to test its capability against varying environmental factors, such as weather conditions and beach geography.

"During the trial, which will run from November 2016 to January 2017, the drone will be flown at beach events such as surf carnivals and other community activities."

Mr Francis said the State Government had not guaranteed ongoing funding to drone surveillance and any future commitment would depend upon an evaluation of the trial results.