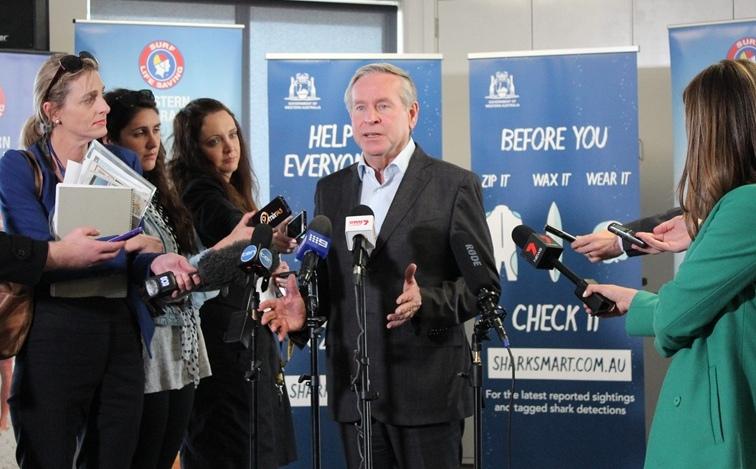 A new digital campaign promoting the importance of using the SharkSmart website has been launched as daily metropolitan beach helicopter patrols prepare to begin operations for the 2016-17 season.

Premier Colin Barnett said the SharkSmart website provided the very latest information on shark activity and always checking this valuable resource before heading into the ocean was strongly advised.

"Whether you plan to go for a swim, dive or jump on your surfboard in the ocean, remember to make a habit of always checking the SharkSmart website before entering the water," Mr Barnett said.

The Premier said the Liberal National Government provided funds to Surf Life Saving Western Australia (SLSWA) for the beach and aerial patrols, which begin daily from tomorrow and run throughout the season, and had also funded beach enclosures which provided extra safety for beach users, as well as a broad range of other shark hazard mitigation strategies.

Fisheries Minister Joe Francis said the SharkSmart summer campaign also reminded everyone to report shark sightings to the Water Police as this information was communicated through the SharkSmart website, the SLSWA twitter, and via SMS to the relevant beach safety authorities and organisations so they could take a variety of safety actions if required.

"If you see a shark, after alerting anyone around you, make sure you then immediately report it to the Water Police on 9442 8600," Mr Francis said.

"Using our great beaches is an important part of the wonderful way of life in Western Australia, and quickly reporting sharks and regularly using SharkSmart will make the experience safer and more enjoyable for all of us."