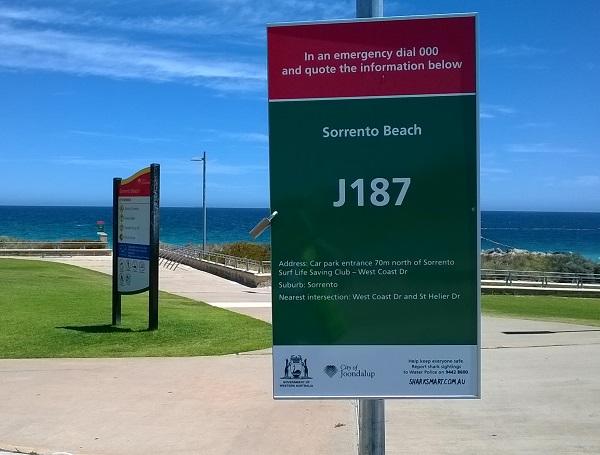 BEN signs are already playing their part in coastal emergencies

More than 500 Beach Emergency Numbers (BEN) signs are expected to be installed along the Western Australian coast before the end of May, as they prove to be important for emergency responses at our beaches.

Since May 2018, more than 100 requests for police assistance and 20 requests for St John Ambulance via triple zero calls have been logged, where BEN signs proved key in getting first responders to an emergency quickly.

Examples of their success include the case of a South-West surfer who suffered suspected spinal injuries and BEN signs at a remote surf break were used to make a report via triple zero. Paramedics and SES personnel were able to quickly attend the scene and transport the injured patient to hospital for treatment.

Just like Perth bus stops have a unique number that allows them to be easily identified and located, BEN signs too have a unique code that police, ambulance and other emergency services can use to more quickly pinpoint the location of an emergency.

There are currently 421 BEN signs along the WA coast, as far north as Leeman and as far south as Augusta. The installation of 99 new BEN signs this week began in Esperance, with the various agencies involved working together to install the signs over 575 kilometres of coastline in that region.

The McGowan Government’s BEN sign program commenced in December 2017, as an initiative of Rick Gerring, the brother of Ben Gerring who lost his life after a shark bite incident in 2016. At the time, there were concerns about emergency services locating the closest beach access point.

As the April school holidays approach, Western Australian families are encouraged to continue to bring their Sea Sense to the beach. Using the BEN signs to report shark sightings to Water Police on 9442 8600 is one way to use your Sea Sense, swimming at a patrolled beach is also another way to keep safe. For more information, visit https://www.sharksmart.com.au

“Beach Emergency Numbers signs along the WA coast are proving vital for our first responders to get to emergency situations.

“No matter what the emergency is, getting the right help sooner is vital. Anyone can ring triple zero and quote the nearest BEN sign number to help save another person’s life.

“It’s great to see local governments working with the State Government to install these lifesaving signs which now extend to the Esperance region.

“At just over 575 kilometres, the Shire of Esperance has the longest coastline of any area eligible for BEN sign funding.”