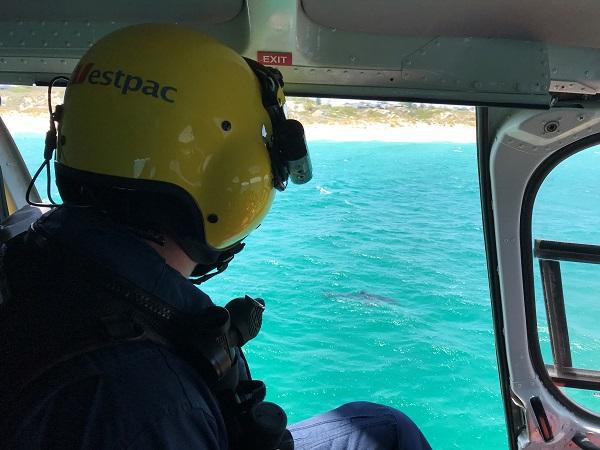 Beach safety continues to be a priority for McGowan Government

The McGowan Government is focused on keeping beachgoers safe as the weather warms up and more Western Australians holiday at home this year.

The State-funded helicopter beach patrols will take off from tomorrow (September 5) as the rollout of Beach Emergency Number (BEN) signs continue along the State's coast.

The two safety initiatives are key planks of the Government's shark mitigation strategy; the most comprehensive approach to preventing and responding to shark attacks in the country.

The McGowan Government has allocated $7.78 million to continue seasonal helicopter patrols for the next two years over Perth and South-West beaches.

Metropolitan patrols kick off with extensive weekend surveillance during September and move to daily patrols from September 28, 2020 through to April 30, 2021.

South-West patrols will run daily during the school holidays and peak periods, and at all other times fly on the weekends and public holidays.

In 2019-20 there was a record 1,040 patrol hours logged covering approximately 115,000 kilometres of the WA coast from Yanchep to Mandurah, including Rottnest Island, and south from Bunbury to Hamelin Bay.

Patrols reported 501 shark sightings and beaches were closed 50 times as a precaution.

The BEN sign program, a McGowan Government initiative, which started in December 2017, recently reached a significant milestone with the 1,000th sign going in the ground in the City of Wanneroo.

The Department of Primary Industries and Regional Development co-ordinates the program, which has provided grants to 28 eligible local governments to purchase and install BEN signs at beach access points.

A further two councils have commenced planning for the signs.

Each BEN sign has a unique code to pinpoint the exact location of the beach and improve crucial emergency response times for a range of potentially serious incidents such as surfing injuries or shark incidents.

"Helicopter patrols are important eyes in the sky, helping keep people safe in the water and providing some reassurance so we can enjoy our beautiful beaches.

"Surf Life Saving WA do a great job delivering this highly valued service over eight months of the year and we are pleased they will continue this work for at least the next two seasons.

"BEN signs are a McGowan Government initiative and another key safety measure at WA beaches.

"Since May 2018, there have been 332 requests for police assistance and 188 requests for St John Ambulance via triple zero calls, where BEN signs proved important in getting first responders to an emergency quickly.

"In the recent shark bite incident at Bunker Bay, the BEN sign helped authorities confirm the exact location of the incident and respond quickly to close the beach - ensuring public safety.

"There are a number of other steps we can all take to be safe at the beach including checking the SharkSmart website or SharkSmart WA app for shark activity, finding the nearest patrolled beach, or using a scientifically proven personal shark deterrent if surfing or diving."