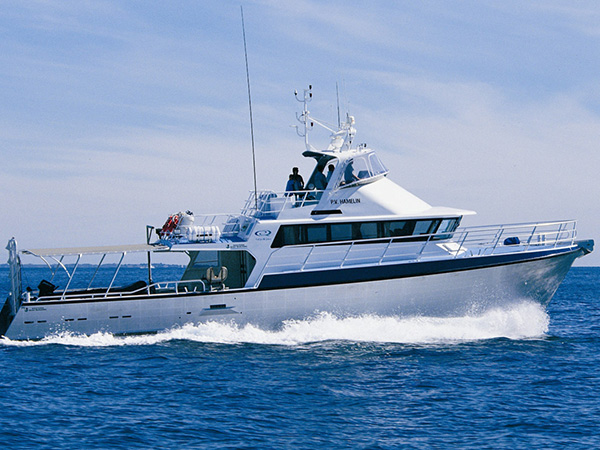 A timely reminder to report shark sightings to Water Police

This week’s footage of a white shark bumping a recreational fishing vessel off the Perth Metropolitan coast, which was widely covered by the media, was not reported to authorities and the Department of Fisheries is reminding people to report shark sightings to Water Police.

Shark Response Unit Manager Lisa Clack said people who sighted sharks could help warn others in the community by reporting their sighting information to Water Police promptly, so that a report could be posted publicly for water users to be kept informed.

“Public calls to Water Police, when a shark is sighted, are important to help alert not only water users, but also authorities who need to assess what response may be required,” Ms Clack said.

“When a sighting is reported, the real time information is sent out to response agencies by SMS, and automatically posted on both SharkSmart website, and the SLSWA twitter feed, so reports get out to the community promptly.”

Advice to water users at all times is to: